Compare prices in the UK and buy V Rising key cheap! After purchasing a key at one of our trusted and legal Game-Key Suppliers, the game key will allow you to download, install and play V Rising directly on Steam on PC.

V Rising is an action, adventure, multiplayer game developed and published by Stunlock Studios. The game was released on 17th May 2022.

V Rising gives you a vampire survival experience. BUILD your stronghold, embark on the HUNT for blood and work your way to the TOP of the food chain. As part of this Gothic Multiplayer Survival Game, you’ll have to face off against the inhabitants of the real world.

To extend the reach of your vampire empire, you will need to restore your worn-out castle and turn humans into your loyal servants. In a world saturated with bloodshed, you can establish alliances or opponents online or locally, fight off hordes of holy troops and engage in combat with other players.

RISE FROM YOUR GRAVE

You emerge from your centuries-long slumber to find yourself in a dangerous world. With your evil powers taken from you, you’re famished and ready for blood. To stay alive, you will need to hunt for blood to refuel your energy reserves and fight for survival while shielding yourself from the blazing sun.

To avoid being reduced to ashes by the sun, seek shelter in the shadows during the day. Take advantage of the darkness to pounce on your prey. As a vampire, you have to satisfy your bloodlust while also devising strategies for day and night.

Let loose of your powers and hunt your prey in the pitch of darkness once the sun goes down. Loot settlements, attack bandit strongholds and enter the territories of supernatural beasts as you explore an open world with your friends or go it alone.

Conquer the most challenging foes in the game to unlock potent weapons and spells that will allow you to personalize your vampire and give it unique abilities. In this game of violence, treachery and competition for power, you can either plunder the castles of other players or play the role of a diplomat to try to broker peace. There is no right or wrong way to go about this.

How to activate V Rising Key

How to activate V Rising on Steam

Activate the Steam Digital CD Key Code on the Steam Client. Log in and look at the left bottom corner and click on “Add a Game…” and then on “Activate a product on Steam”. Put in the code for V Rising CD key and have it in your Steam library, ready for download! You can install Steam to activate your V Rising key, if you click here.

Steam Keys are intended as a useful tool for game developers to sell their game in other online stores and retail. Steam Keys can be activated by customers on Steam to license V Rising.

A V Rising key for the Steam-Client does not expire and after activation V Rising can be downloaded and played forever. This also applies to all other clients.

Make sure the V Rising Key is for the Steam Client

Often games that are playable on Steam are also available on: Rockstar Games, Epic Games Store, Origin (EA), Humble Bundle, Windows 10, Gog.com, Xbox Play Anywhere, Battle.net, UPlay and Amazon. Make sure to check all offers and that you are buying a V Rising Key for the right Client.

EMEA stands for European and Middle East or Africa, and a several other countries. Read the store’s description to see which countries are allowed to activate the Steam V Rising CD Key, or you can use a VPN (Virtual Private Network).

You receive a gift on your Steam account. You have to accept this Steam gift so V Rising can be added to your Steam library and ready for download. Read the store’s description if there are any region restrictions. 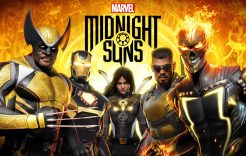